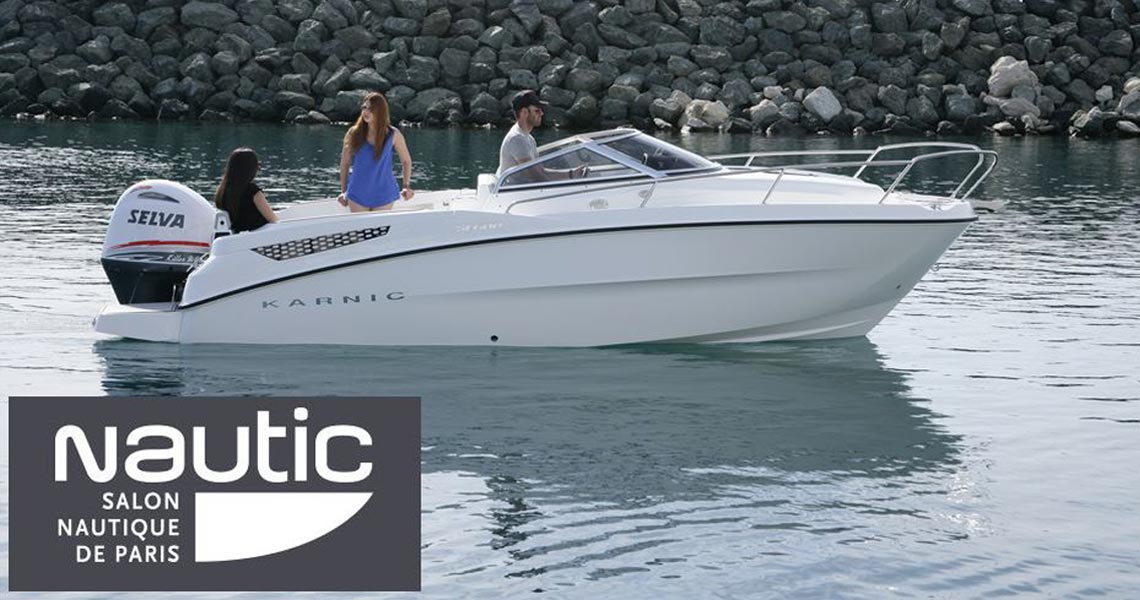 The second model in Karnic's SL series that has recently been introduced by the company, model SL600, will be shown at World Premier at Salon Nautic de Paris in December at the stand of the brand's French distributor Selva Marine. Additional models that will be shown at the stand include the award winning SL702 and Mark II Generation models 2251, 2255 and 22SR. In addition the stand will include the fully modular model Smart1-48.

For further information or for appointments in advance you may contact the stand manager Mr Sebastien Chevalier at schevalier@selvamarine.com or our offices.